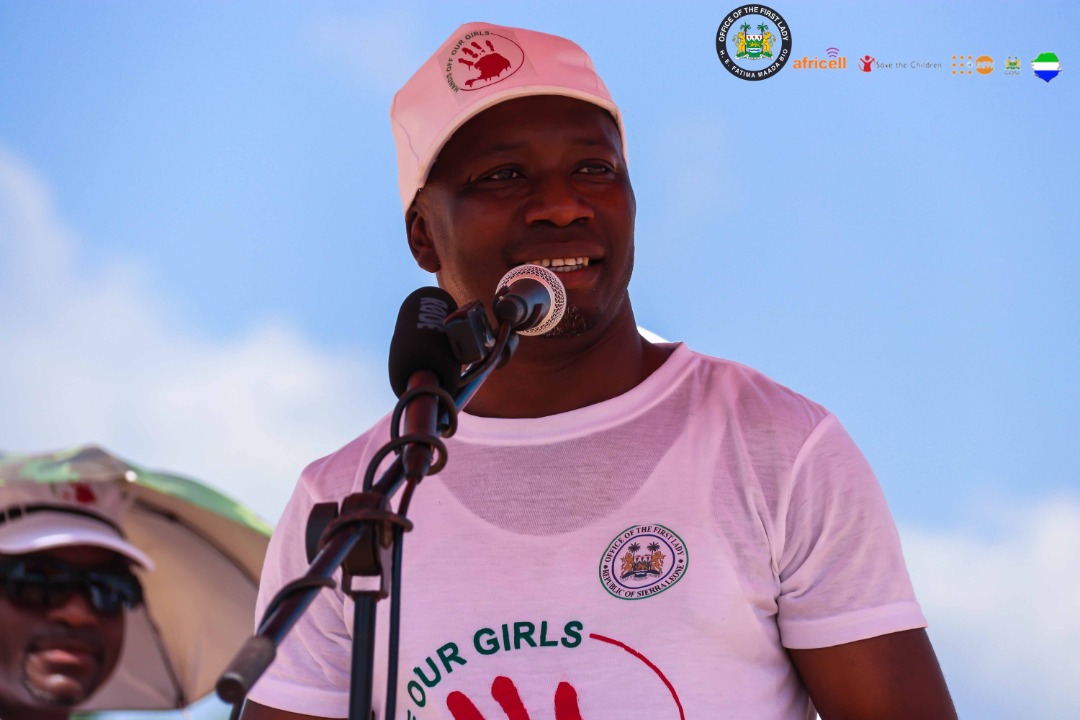 The sensitization tour which is geared towards engaging all partners in the welfare of the girl child in the community, has made tremendous successful in-roads nationwide, as community actors like paramount chiefs, section chiefs, parents, teachers okada riders and school peers are now well informed about the disadvantages and endangerment of the Girl child’s future if not encouraged to stat in school and be educated.

Making a remarks on behalf of the council, the chairlady of the council for the district, Yabom Sesay, stated that the sensitization tour is indeed timely, as the issue of teenage pregnancy, early marriage, school drop out and rape are deeply entrenched in their district, which has put the lives of many girls at risk, leaving the rate of maternal mortality on an increasingly high level.

Madam Yabom underscored the importance of education and the unending benefit it embodies. This she said, is the only equalizer that will take a girl from her village to sit with kings and queens all over the world.

Representing the pupils of the district, Adama G. Sesay welcomes the initiative of the campaign, while highlighting the successes so far and viable reasons why Tonkolili district must embrace it, if the district is to come out of being one of the poorest districts in the country, while calling on her colleagues to take advantage of the campaign and the Free quality education provided by the government.

Delivering her sensitization message to the indigenes of Tonkolili, First Lady, Madam Fatima Maada Bio extends her warm appreciation to the support team in the district for organizing such a huge event within forty-eight hours, which symbolizes their readiness to embrace the change in forsaking the old tradition of limiting the girl child to the kitchen or in the home of an elderly man.

First Lady calls for the collective effort of the people in the district to tackle the menace of turning the girl child into a liability, which will automatically deter her development, while seeking the blessings of the elders of the districts in actualizing the campaign.

Madam Fatima during her sensitization talk, left no stone upturn in mentioning the realities of perpetrators who impregnate girls and those groups that statistics has shown that are most commonly associated with rape in the districts nationwide.

She further admonishes parents to invest their time and resources in their girls and disassociate themselves from giving them into early marriage or compromises rape cases, while crowning the respective district heads ‘as Hands Off Our Girls’ champions.