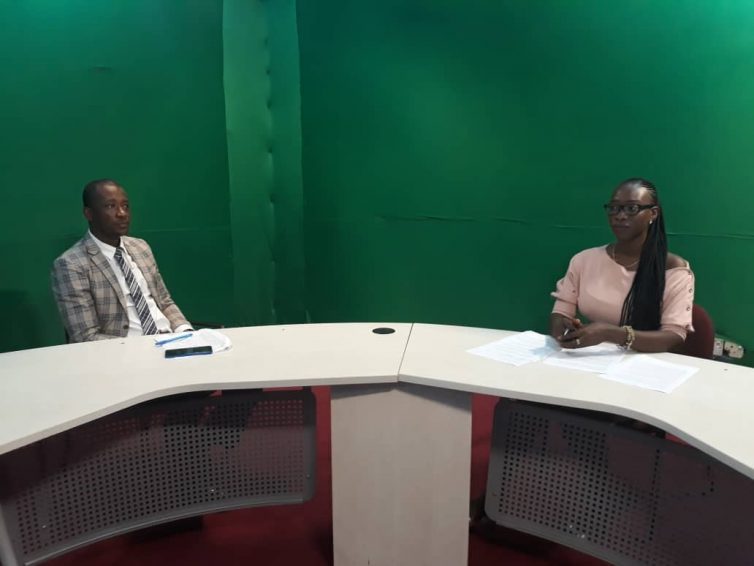 He said, “the whole idea is to rekindle our patriotism, reinforce our national unity and to rededicate ourselves to national service.”

SLBC: What is the importance of the National Youth Service?

Minister Kallon: There are a lot of importance especially in national development. One of the importance is to bridge tribal divide, strengthen national cohesion, nurture and cultivate positive working attitudes and to engage in a year of dedicated national service.

SLBC: When was it launched?

Minister Kallon: It was officially launched by the Hon. Vice President-Dr. Mohamed Juldeh Jalloh, on Thursday, 20th of this month. We invited a lot of dignitaries and our development partners.

SLBC: What was the need for the event?

Minister Kallon: To swear in 200 young graduates and officially declare the orientation camp open. Out of the 200 young university graduates, 75 are female and 125 are male.

SLBC: After this launching what will happen next?

Minister Kallon : These young graduates will be staying at the training camp at Rogbangba to go through the 21 days orientation before their deployment across the country. The emphasis here is preparedness for dedicated national service

Minister Kallon: The atmosphere was serene. It was unique in our history and the corps were very happy in their outfit. On that day, we defeated those Doubting Thomases who said patriotism is dead. Like I did, I am also sending this message now that our youth are very patriotic.

SLBC: When is the deployment going to take place?

Minister Kallon: Immediately after the 21days orientation. After that, we expect them to go and serve their country and learn new culture and good working ethics.

SLBC: Is this going to be the end of the national service?

Minister Kallon: This is just a start as we are using the 200 graduates as a pilot phase. Come December-January, we are going to recruit one thousand youth corps and prepare them for the same national service.

This is just a start and like our President, HE Julius Maada Bio said, he is going to support all programs/projects that will better the lives of our youth. We are going to support its sustainability.

SLBC: What is going to be the requirement, if any?

Minister Kallon: The same requirements. University degree and all area of specializations will be accepted with priority for women.

SLBC: What do we expect from the corps?

SLBC: The Ministry has been accused of poor selection process by only considering party supporters, how true is that?

Minister Kallon: Smiled and said No.

We hired independent credible firm and organizations to handle the recruitment process based on a standard set criteria.

Your University degree has no party colour or symbol and we were only concerned about getting the qualification.

Unemployment is a huge challenge and Under the New Direction, we are stepping up to address this growing challenge.

We are all Sierra Leoneans and we must embrace ourselves for national development.

SLBC: Is the National Youth Service the only project you have in the Ministry?

Minister Kallon: Our focus is not primarily on the NYS. This is just to give young graduates the opportunity to have the required job experience, bridge the gap between cultural diversity and serve as a symbol of national unity and promote patriotism. This is not the only project. We have a lot of fruitful projects that will better and transform our youth. We have projects such as Youth in Agriculture, Youth in Fisheries, Youth Empowerment and Entrepreneurship and the TVET project targeting the non-university graduates.